Are You Making Enough Progress? 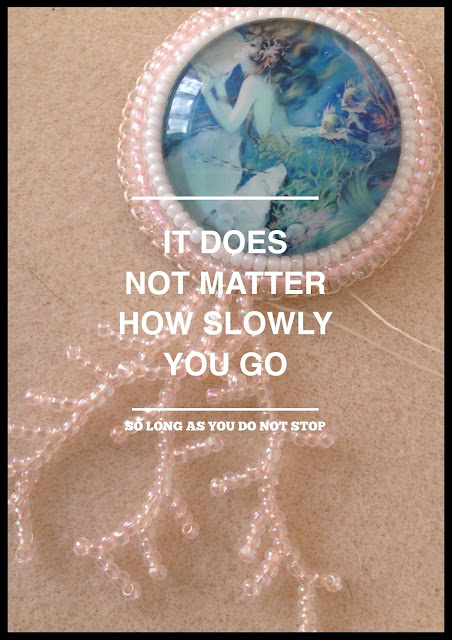 Do you ever look around at some of the amazing work out there
and think to yourself  'WOW. That is absolutely amazing.'
Closely followed by ' Oh dear, I can't make anything like that ..'

Do you feel you are making enough progress?

When it comes to beading and jewellery making
we can be so quick to judge and 'grade'ourselves
compared to other peoples work.
I guess it's human nature to want to be 'top of the class'
or at the very least not come last!
However, hobby classes are generally setted
into groups like
'total beginner', 'beginner', improver',
'advanced' 'expert' etc
and maybe we shouldn't be so quick to compare ourselves
between 'groups'
because
everybody beading and making jewellery
has come to it
in different ways
with different levels of physical dexterity or free time.
Or lack of free time...lol!

Everybody has to start somewhere
and even those amazing artists had to learn the basic skills
before they could go on and create their masterpieces.

'Beginners' do not become 'experts' overnight - it takes time!

If you are keen, and interested, and keep learning
then you are making progress,
and that is a wonderful thing!

Email ThisBlogThis!Share to TwitterShare to FacebookShare to Pinterest
Labels: My Beading Diary 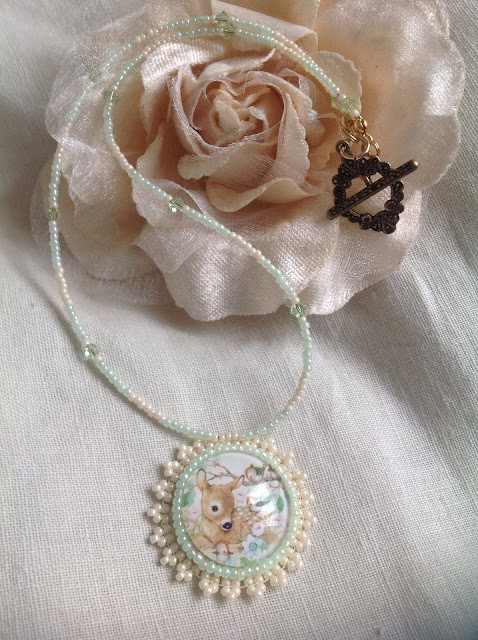 I just love this sweet little baby deer.
If you look closely you will see
some tiny birds sitting in the trees besides her.
As well as an annoying reflection from my window it seems!

I think I am getting hooked on beading around cabochons.
It's such fun.

I have ordered  *ahem* 'a few'
more off Etsy.
(Well, it does seem such a waste
of postage cost to just order one or two...)

So I'm sure there will
be some more cab designs
coming to this blog
in the near future... lol!
Posted by bead addict at 07:22 No comments:

Email ThisBlogThis!Share to TwitterShare to FacebookShare to Pinterest
Labels: Gallery 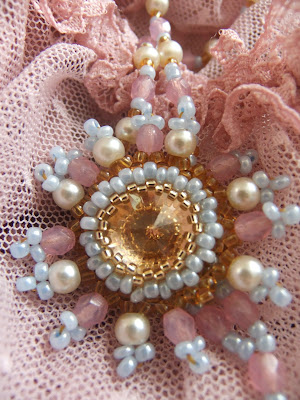 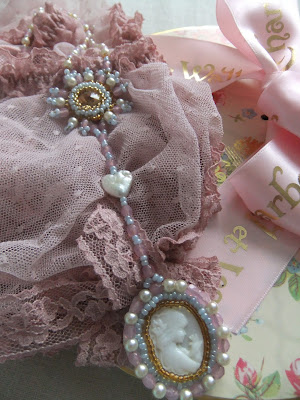 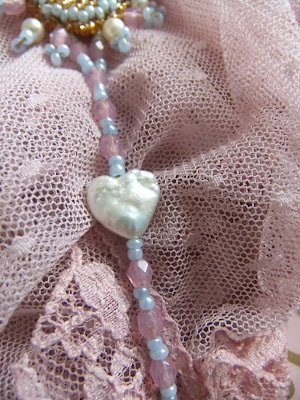 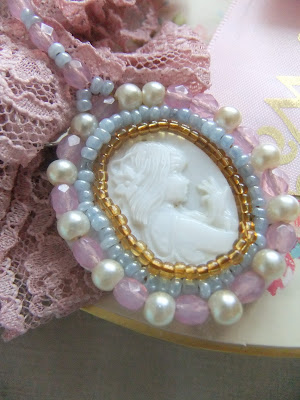 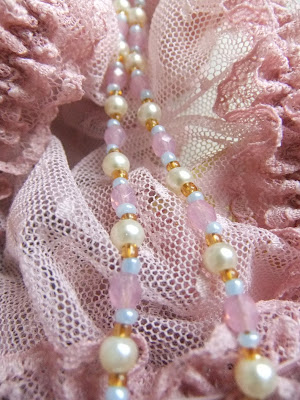 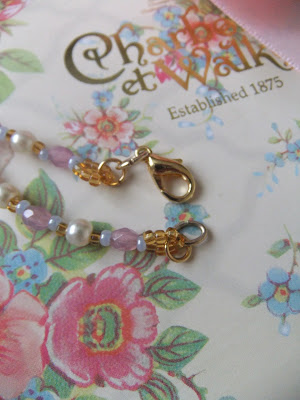 Looking through my drafts and I found this old blog post
with my first ever
beading around a cab necklace.
Thought I would post it today...

I love Sophia Coppola's film Marie Antoinette
it's such a great source of inspiration with its
macaron inspired
pastel costume colour scheme
and of course its fabulous
location in the palace of Versailles.

I re-watched it and just had to make something afterwards!

So this necklace is a flight of fantasy with the idea being that
it could be a necklace that Marie could have worn with a
cameo of her daughter (Marie Therese) attached.

My very first attempt at beading around a cameo here!
It's not a 'try it a few times then post it first attempt'.

It's a genuine first try ' I had no idea at all what to do attempt!'
Which is why there are obvious flaws.

It was a learning project and it shows.
That's all part of the fun though.

However,
I am super pleased with the top half of the necklace
and I can cut off
the cameo dangle if I want to
and wear the top half alone.

Seems a shame to cut it up though.
- I think I will keep it as a learning project.

Nice to look back on these things :-)

Email ThisBlogThis!Share to TwitterShare to FacebookShare to Pinterest
Labels: Gallery, My Beading Diary

My First Fringing On A Beaded Cabochon Necklace 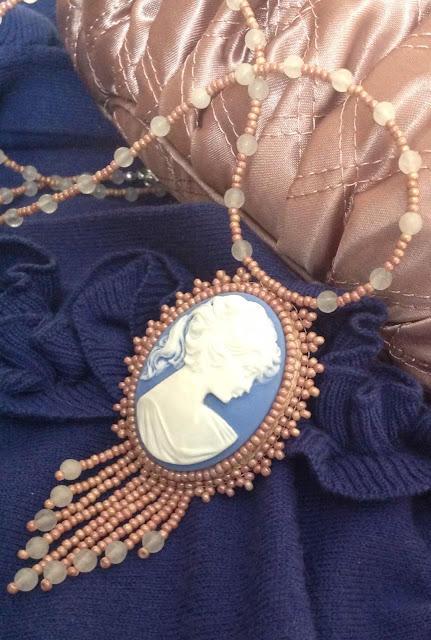 Here is the result of an experiment
with adding fringing
to my beaded cabochon design.

I really like the way it looks and the way it
adds movement.

I make so much jewellery
but rarely wear it
so with this piece I
put it straight around my neck
and wore it for the rest of the day!
Posted by bead addict at 06:57 No comments:

Email ThisBlogThis!Share to TwitterShare to FacebookShare to Pinterest
Labels: Gallery, My Beading Diary 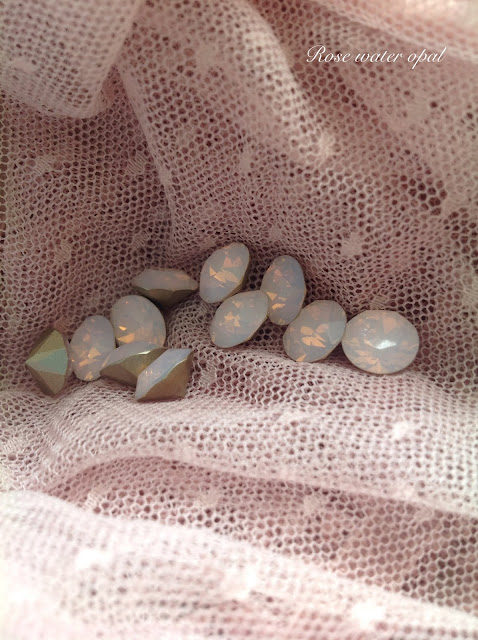 Just a little 'bead candy' for today!
Mmm mmm!
Posted by bead addict at 09:12 No comments:

bead addict
Hi, I'm Lizzie. A fledgling beader and jewellery maker whose addiction to all things bead is getting out of control! I make jewellery as presents and for myself. It's a fun hobby and is very VERY addictive - definitely need for the capital letters there! If you are as obsessed with making jewellery as I am, this is the blog for you! email me: beadaddict(at)rocketmail dot com